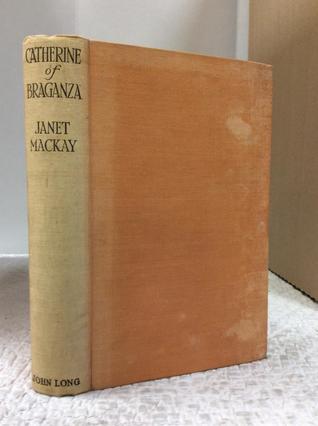 I’ve been doing some research on the seventeenth century and found a used copy of this book, originally published in 1937.  MacKay wrote this twenty-nine years after Lillias Campbell Davidson wrote her definitive biography.  I have been unable to find any biographical information on MacKay, who authored one other book.

There are many primary sources documenting Catherine’s life.  MacKay’s writing is flavored with description and fantasy but overall she adheres to the historical truth.  I found Mackay has a considerable amount of insight into the personalities of Catherine of Braganza and King Charles II and it makes for interesting reading.

The first chapter on Catherine’s life is short, about twenty pages but this is the only part of Catherine’s life that is not well-documented.  The narrative then picks up momentum and describes the various negotiations regarding her marriage to Charles II, the newly restored Stuart King of England.  There’s a great description of Catherine’s leave-taking of her mother, her brothers and her beloved Portugal.  Once she is in England, her troubles begin with the difficult Lady Castlemaine and Charles’ insistence that she relent in allowing Castlemaine to become a Lady of the Bedchamber.

MacKay gives a succinct and compelling retelling of the Popish Plot which threatened Catherine’s life.  Although her time in England had its ups and downs, Charles stood by her the entire time.  She was devastated by his death in 1685.  Catherine remained in England another seven years and worked tirelessly to return to Portugal.  Her marriage contract allowed this but she had a difficult time getting a ship to take her home and some illness which delayed her.  Astonishingly, there are eighty letters written by Catherine in the British Library, many of them written to her brother regarding arrangements for her return to Portugal.  MacKay quotes these letters extensively to tell the story.

The last few years spent by Catherine in Portugal are well covered here.  The book has several portraits.  There is an adequate bibliography but it is poorly footnoted as many books were from this era.  Nonetheless, MacKay has written an insightful biography which I enjoyed very much.